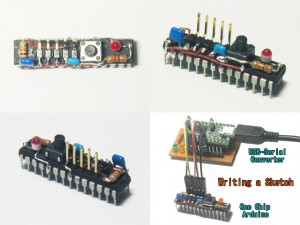 It used „One Chip Arduino”, LCD and RTC. A breadboard can still afford. 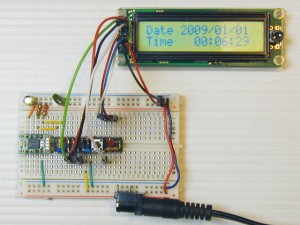 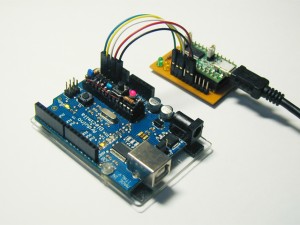 I made DIP a flat by force to hold down height. And added the pin-header of ICSP.

It’s form such as a weird bug. The downside is more weird. When it was connected by ICSP cable , and it hung down, it seems to be „that Bug” of „The MATRIX” 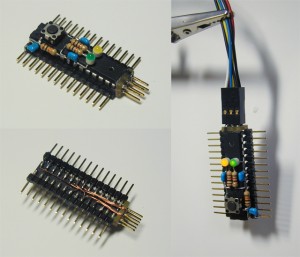 Connected LCD. And display „those words”. 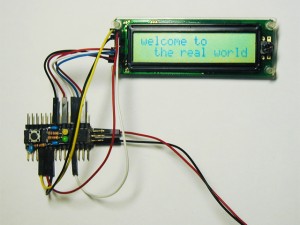 „One Chip Arduino” which I made as a joke. But, when I use it in a breadboard it is useful because mount area is so small.